Why Pride & Inclusion Matters at Coplex 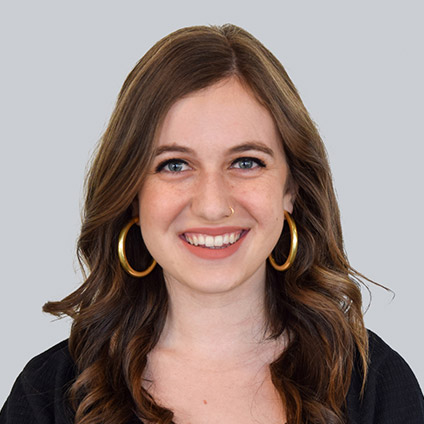 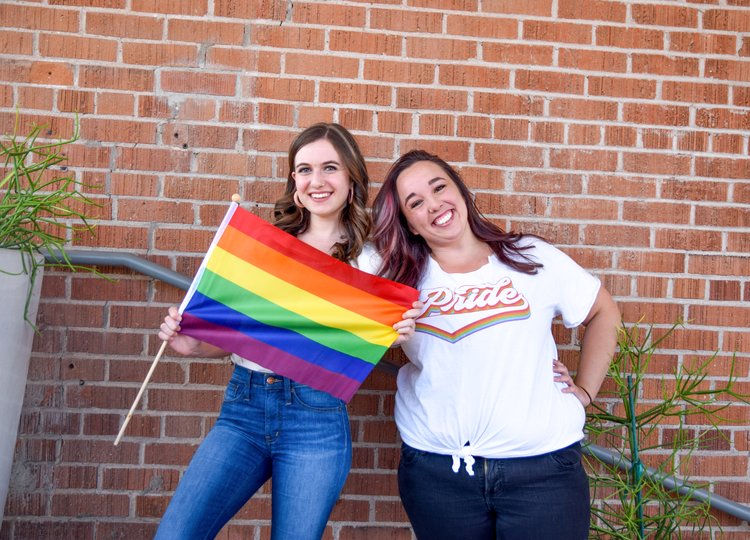 Hi, we’re Katherine and Tori. We work at Coplex, and we’re both chicks who dig chicks. As Pride Month comes to a close, we wanted to reflect on our experience working at Coplex – because visibility, support, and inclusion matters; because we matter.
‍

“We should indeed keep calm in the face of difference, and live our lives in a state of inclusion and wonder at the diversity of humanity.”

According to the Human Rights Campaign,

A supportive environment makes a difference, and that is why we are so stoked to work here at Coplex.
‍

“I believe that no one should ever have to choose between a career we love and living our lives with authenticity and integrity.”

How are you supported at Coplex?

‍Katherine: I am privileged and grateful for the welcoming, inclusive work family that I have been adopted into at Coplex. As a company, their values are simple: treat people well, help when and however you can, and have fun while doing it. This environment has allowed me to thrive in ways I would have never thought possible as a recent college graduate. From being sent to Lesbians Who Tech, an inclusive LGBTQIA tech conference, to witnessing the diversity we are actively promoting and attracting, to not being afraid to openly show who I really am. Coplex has been nothing short of wonderful. I’m proud to work for such a supportive company.

Tori: I am so thankful to work here at Coplex for countless reasons. I grew up in Phoenix, but I recently spent 3 years living in the South. While I was there, I worked in a lot of rural towns and spent my days being insulted, directly and indirectly, for my sexuality. Since I started here at Coplex, I have realized how toxic that environment was. When harassment happens every day, it’s easier to internalize the problem as “I’m different so, naturally, I must accept these hurtful reactions”.

At Coplex, I have gotten to work with coworkers who take everything about me in stride and truly make me feel accepted and included. We are, each of us, different and that is something that is encouraged. I love working somewhere that the celebration of diversity is a tie that binds us together.
‍

“All of us who are openly gay are living and writing the history of our movement...We are ordinary people, living our lives, and trying as civil-rights activist Dorothy Cotton said, to ‘fix what ain’t right’ in our society.”

What does Pride mean to you?

‍Katherine: Pride, by definition, means “a feeling or deep pleasure or satisfaction derived from one's own achievements.” I view my queerness as exactly that—an achievement. It takes an incredible amount of courage to go against what’s “normal” and be unapologetically yourself. I am immensely proud of the person I have become, the person I love, and the life I have built as a queer woman.

Tori: For me, Pride is all about celebrating freedom and inclusion - it wasn’t that long ago that homosexuality was both a criminal act and a mental disorder. But it’s more than that, Pride is the ability to openly discuss who I am and who I love. Something I learned living in the South is that if you talk to people, relate to them as one human talking to another, it becomes more difficult for them to direct hate towards you. I view Pride as the opportunity for open discussion and education, as well as the celebration of the fact that most of the time my girlfriend and I can walk hand in hand in public without fear.
‍

“This world would be a whole lot better if we just made an effort to be less horrible to one another.”

Why does it matter?

Tori: Safety and visibility are a privilege, and it is only when you have been denied both that you really understand that. I am who I am, I love who I love. Pride is about fighting to keep what we have gained and working for a future without discrimination. I will never again accept shame as a “natural” reaction to who I am. I will never take for granted feeling accepted by my coworkers. I will always celebrate the privilege that I have, especially when it is one that is still denied to many people who are just like me.

Katherine:  Everyone deserves to love openly and proudly. Representation matters, education matters, acceptance matters. I refuse to settle for tolerance—what matters is inclusion.

The queer community is a powerful community because we have survived—even with odds against us.
‍

“It’s been a beautiful fight. Still is.”