Want Your Seed-Stage Startup to Be Fundable? Check These 4 Boxes 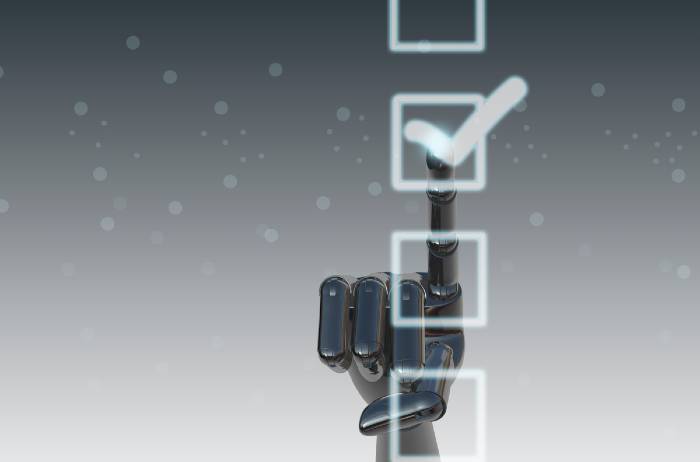 Venture capitalists apparently have no shortage of capital to put to work this year, but that doesn’t mean they're willing to make bets on your self-described "beautifully designed blockchain artificial intelligence" pitch deck. If you want to net some of that VC capital this year, you’ll have to earn it.

Global venture capital investments in 2018 closed a record $100 billion, according to a recent report from Crunchbase. Money is flying everywhere, so it should be a piece of cake to raise millions for your early-stage startup, right? Wrong.

Despite record-setting numbers in venture, we're seeing more concentration in later-stage deals. In fact, the Crunchbase report showed that 56 percent of VC dollars invested in 2018 went toward "supergiant" rounds. Further, the Q4 2018 report by KPMG and Pitchbook indicated that first-time venture financing counts had dropped to the lowest level in over nine years.

Raising money for an early-stage startup, then, is hard -- and it’s about to get even harder with a looming global recession. Investors in a recession stick to safer deals, which means founders must make compelling claims to earn their cuts.
‍

What founders get wrong about VC funding

As someone highly experienced in partnering industry professionals with high-growth tech companies, I see too many founders fail to understand how venture capital works. They see people with gobs of money and an interest in startups, and they assume those people will fund anyone with an idea and a snazzy logo. But ... not so much.

On top of that, some entrepreneurs believe that a disruptive concept and a sound business model are enough to secure an initial round of funding from VCs. But investors are far less interested in these deals than entrepreneurial folklore would suggest. Most VCs won’t even look at deals that early in the process, so founders in pre-revenue and minimal-revenue stages often turn instead to friends and family for their first investments.

Significant growth takes significant dollars. VCs look at the business models of the companies they back. Aside from a few rare situations in biotech or hardware in which new tech occasionally merits funding on its own, VC investable deals tend to need customers and revenue.
‍

The building blocks of a (seed) fundable startup

VC funding might not be as simple as it seems, but that doesn’t mean it’s impossible to secure. Think your company has what it takes to secure seed funding and bring your idea to the next level? Let's see.
‍

You'll want some early indicators that your business model is solving a real problem, and  validation that you can acquire customers at a reasonable cost.

Early-stage tech startups are chock-full of risk. You need to have a business model that can operate on a high margin in the future and can get really big, to offset the high risk. In that light, it might not be the best idea to try raising VC money for that hotdog stand or web design services company.

Rather, you'll want some early indicators that your business model is solving a real problem, and you'll want validation that you can acquire customers at a reasonable cost and that they understand how to use your product, both of which factors decrease risk.

So, how can you put this advice into action and make your startup fundable? Here are the steps:
‍

You need revenue to start a business. You don't need a ton of it, but you almost always need some to raise a seed-stage investment.

VCs have to see growth if they're going to invest, and typically they look for seed-stage startups with a growth rate of 15 percent or more and an annual recurring revenue of $100,000 or more. These numbers are the most important metrics in play when an entrepreneur is trying to catch an investor's eye.

There are a number of ways to generate and keep revenue to grow your startup, one of which is to consider freelancers or independent contractors. This will allow you not only to earn income, but also to create long-term relationships with clients that will continue to serve you and your business.

That said, any savings realized won't be counted in what you raise, as investors put value only on the revenue from your tech product, not your services. So, you will need to build "just enough" tech to make sure you can at least get to $100,000 per year (or $10,000 per month).
‍

2. Assess and understand your market size and upside potential.

Know where you fit into your market and how you can grow in this space. Being able to show a reasonable path for growth offsets risk and makes companies feel more confident. Many VCs look for "10-baggers" -- startups that will grow their investment 10 times over the course of five years.

Understanding the dynamics of your market helps you create a road map not only for your own purposes, but for assurance to investors that you'll be successful and worth their funds. A good rule of thumb we use at Coplex is to achieve $25 million or more in annual recurring revenue or in net revenue for marketplace model companies in five years.
‍

Things rarely work without help from others. Before you seek investors for your startup, make sure you have a strong team supporting you and your business. Investors will have a difficult time putting their money behind one person trying to go it alone.

According to a CB Insights Report, some of the top reasons for failure in startups go back to team dynamics. Instagram is a great example of the power of teams. Originally a location-based social network, it quickly became a popular photo-sharing app that investors backed and believed in because they saw an adaptable, powerful team that could move with the market.
‍

4. Remember that investors invest in people.

Patrick McGinnis, VC and founder of Dirigo Advisors, argues in his book that to be a successful entrepreneur, you only need to devote 10 percent of your spare time to a startup project, a number I disagree with -- unless, again, it's that hotdog stand or web design company.

I'd argue that venture investors prefer to put money into people who have it all on the line with their startup and have a need to win. They also like founders with previous experience building and leading companies. Don't expect to be able to raise $1 million in a seed round if you're part-time or dabbling in three other startups.

VCs, further, want you to be good stewards of their money, meaning that most startups will ideally have a full-time CEO. Someone devoting time to all the work that needs to be done.

Convincing others that you're the one who's going to build the next $100 million-plus company is never easy. If you want your startup to succeed, however, you'll likely need outside capital along the way. Use this checklist to focus on the right strategies to get your concept fundable.

Then go into any meeting confident in your ability to raise funding, and to hear fewer "no's" along the way.

This article was originally published on Entrepreneur.com