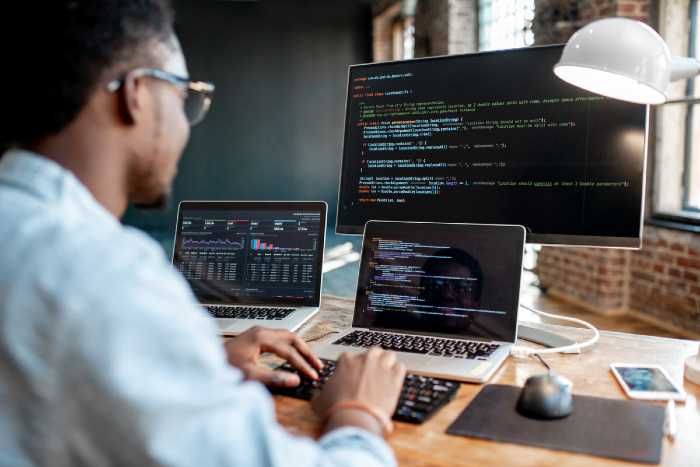 Venture capital continues to be one of the hottest asset classes for investors. There are now more VC funds than ever, and the overall private equity asset class (of which VC is a growing component) just eclipsed $2 trillion in “dry powder,” or investable capital.

As we continue to get larger and larger supplies of capital, we also get increasing demands for investable venture deals. The “rare commodity” is a great venture deal, and everyone is thinking of ways to create high-quality new deals at scale. Timing could not be better for those in the business of building startups at scale.
‍

Y Combinator is a household name when it comes to startup-creation machines. YC has eclipsed a $100 billion portfolio value in accelerating early-stage startups. In fact, it’s involved with almost 10 percent of billion-dollar startups.

YC has designed an exquisite program around the needs of its target persona: the late-20s technologist/hacker. The program offers fundraising events, potluck dinners, mentorship, education, social events, and access to a vast range of supportive alumni, all appealing to young founders looking to get into the market. And it works like magic.
‍

However, a recent Harvard Business Review report shows that the average age at which a founder successfully gets his or her startup off of the ground is mid- to late 40s. YC simply isn’t designed to meet the needs of these more seasoned founders who can’t easily uproot their families and move to San Francisco to get started.
‍

Many are familiar with startup incubators and accelerators, but the startup studio model is emerging as a new way to build high-growth-potential startup companies at an industrial scale. There are now many versions of these unique business models around the world, including Coplex.

Startup studios typically provide support and resources to actually get a new tech company off the ground — from the idea stage. They assist in business model development, tech building, go-to-market, governance, legal aid, financial aid, and fundraising. The startup studio model is a more resource-intensive model that operates in the formation stage and provides a different range of support to tailor to a different type of founder or operator — particularly those who aren’t young hackers.

Global Startup Studio Network, a newly formed organization that’s part of GAN, brings startup studios and accelerators together while raising more awareness of this new model on a global scale.

Startup studios aren’t a be-all, end-all model for building startups, and I don’t expect them to displace accelerators. After all, startup studios focus on a slightly different stage and provide a different range of support resources in the startup creation process. However, I do expect them to continue to gain popularity as more investors look for high-quality venture deals and as more non-tech founders and operators get into the tech game.
‍

Startup Studio vs. Accelerator model: Which is right for you?

To choose the right model, you need to understand the differences between startup studios and accelerators in some key areas:
‍

Startup studios help build a company from the ground up and often provide hands-on support for everything from marketing to logistics to technology to talent and beyond. Accelerators, on the other hand, are more focused on education, networking, co-working spaces, mentorship, and fundraising.

Accelerators typically offer programs that run for a finite length of time (typically three to six months) and culminate in an investor pitch demonstration and graduation to follow. Startup studios typically don’t have fixed program lengths. At Coplex, we fix the length of our programs given that we are stage-focused.
‍

‍Most accelerators “batch” cohorts together and run group sessions in which everyone starts and ends at the same time, which makes accelerator operations scalable. Startup studios, on the other hand, can typically offer more scalability by staggering the start dates of their ventures to balance the resource demands that are required to build companies. We’re starting to see more venture builders batch cohorts together by quarter or year but stagger the actual start dates within that time period.
‍

‍Both startup studios and accelerators charge “fees” for their services, often in the discount they receive on the equity for their investment. Accelerators often end up with anywhere from two  to 10 percent equity, and many have a program fee that they claw back from the investment to help cover their overhead. Sometimes, startup studios charge cash fees in addition to an equity position to help with the much larger resource commitment to each startup, and some will take more equity in lieu of cash.
‍

Startup accelerators work with outside operators that bring their own business, whereas startup studios vary in how they approach this. Some work with external operators and some with internal operators to run their companies. Similarly, some build their own ideas while others source them from elsewhere.
‍

Almost all accelerators make investments in the companies they select, usually ranging from $50,000 to $150,000, and some have continuity funds that they continue to invest in later-stage capital raises. Startup studios typically fund their own internal ideas but usually don’t make a cash investment when ideas come from outside. Similar to startup accelerators, venture builders often have continuity funds to invest in the later stages in their own companies.
‍

Accelerators typically work with post-product and early-revenue tech companies and speed up the ramp to the seed stage, which can mean $10,000 a month in revenue — or sometimes even up to $100,000 a month. The purpose of the startup studio model is usually to start companies from an idea-on-a-napkin and take them to (at least) the seed stage. Many support the concepts from idea to exit.
‍

‍Most accelerators require you to be in person during the program to co-work with the rest of your batch. Startup studios typically don’t require this, though, and tend to be more open to remote operators.

*This article was originally published on Born2Invest.com.

Let's Create the Future Together

Think the startup studio model can help you make your big idea a reality?