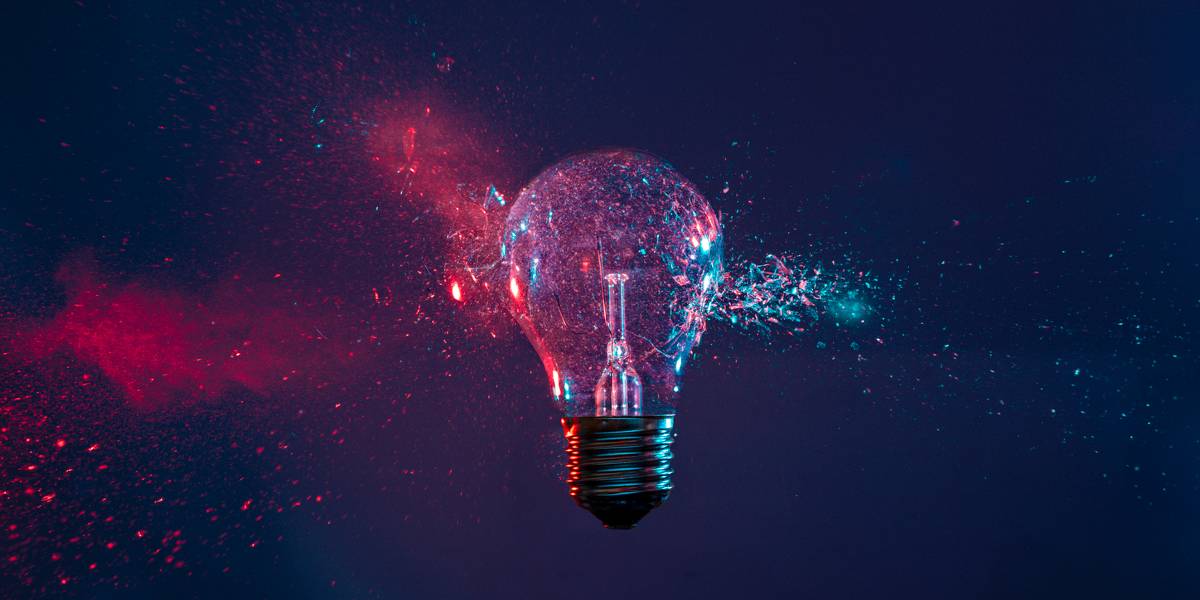 We’ve heard tales of technological transformation for a while, and those stories are (finally) moving into their next chapters. The International Data Corporation suggests that 60% of global GDP will come from digital organizations by 2022. These players are taking advantage of big data, powerful analytics, artificial intelligence, and other key innovations to drive growth. Check out the industries that are destined for technological disruption.
‍

You don’t have to look far to hear people say that every company is going to be a tech company in the next 10 years.

Possibly what is meant is that every business that’s interested in rising to the top of the corporate food chain will need some technology included in the business.
‍

Technology will be a necessity for any business to survive.

Four of the five most significant organizations in the world are tech companies, and it’s a category everyone is clamoring to dip into.

The technology category is easily seen in WeWork’s 2019 IPO filing, which used some form of the word “tech” to describe the company 110 times. Clearly, leadership was pushing to show investors that it’s much more than a real estate company and should be considered as a player in the tech world, too.
‍

So Is Everyone Truly a Techie?

Until this point, the effects of technology have been far-reaching, and that’s not slated to stop anytime soon. The difference is that now, traditional industries are about to be disrupted, too.
‍

If you think everything is fine in the healthcare space, you probably haven’t been to the doctor recently or looked at your medical bills.

The industry is plagued by inefficiencies and issues. For instance, manual processes that should be automated, like billing and scheduling, require the use of an ancient Egyptian invention called paper when done by hand but could be streamlined and optimized with tech.

On top of that, getting an appointment with your doctor can sometimes take months, and when your time slot finally rolls around, you have to sit in the waiting room for four hours while watching HGTV reruns and thumbing through old magazines.
‍

If you think everything is fine in the healthcare space, you probably haven’t been to the doctor recently or looked at your medical bills.

The problems lie in the sheer complexity of the healthcare system and the fact that only a few players make its rules.

Healthcare has historically stood in the way of innovation, but companies like Amazon, Apple, and Google are entering the fray and changing that narrative.

Expect for blockchain medical records, on-demand care, and new drug development all driven by AI in the years to come.
‍

The multitrillion-dollar world of construction hasn’t changed much in the past century.

By and large, builders still rely on traditional materials and methods. But that might be changing seeing as an investment in construction tech startups grew by 324% between 2017 and 2018.

Self-healing and energy-generating building materials like solar shingles and AI-powered software that can instantly calculate the most efficient schedules for construction will soon become a regular part of operations.
‍

Real estate is the largest industry in the U.S., which contributes $3.5 trillion to the GDP, is kind-of stuck in the dark ages.

It relies on real estate agents, title companies, pen and paper, and numerous service providers for every transaction.

But, like in many other industries, that’s changing. Zillow has emerged to provide a wealth of information to prospective homebuyers and even uses a feature called 3D Home to let users conduct a virtual walkthrough of a house. And fancy tech features in the industry extend just beyond viewing homes.
‍

Real estate is the largest industry in the U.S., which contributes $3.5 trillion to the GDP, is kind-of stuck in the dark ages.

For example, Built is a company that digitizes what has long been a manual loan management process for banks. As a result, the role of real estate agents is likely to become less in-demand as users are empowered to buy and sell on their own with the power of technology.
‍

Unbeknownst to many people, state and local governments comprise the second largest industry in the U.S.

Government is turning to technology to become more effective and efficient. San Francisco developed a chatbot called PAIGE that helps government departments facilitate and smooth out what used to be a complex IT procurement process.

An egg-shaped robot security guard patrols a gas station on a crime-ridden corner to help local police. As Internet of Things devices take hold, we can expect to see even more government investment in this technology.

Technology has the potential to make the governments functions and processes much stronger on the local, state and even at a national level.
‍

Insurance and finance companies are some of the oldest businesses in the world — and in many cases, it shows.

In the finance industry, cash was always king until the advent of credit and debit cards. Now, mobile payments are on their way to someday reigning supreme. Some countries like Sweden and China are already moving toward being cashless societies.

Banks and cash will disappear, and mobile payments authorized by facial recognition will likely become the norm.
‍

Insurance and finance companies are some of the oldest businesses in the world — and in many cases, it shows.

When it comes to insurance, major players are being forced to play the tech game, too. State Farm recently announced a new version of its Drive Safe & Save mobile app. Great, another way to charge us more insurance money.

The app analyzes data collected by sensors and Bluetooth from smartphones that have the app installed. Tech-driven personal information is already determining rates, and that information will become even more common and accurate with time.
‍

Technology has been changing the way companies create value for a long time.

Technology still has changes that have yet to sweep across every industry. However, disruption is headed for sectors like construction, healthcare, and real estate. It’s on par with the modernization of transportation and hospitality that we saw with the rise of Uber and Airbnb.

As investors look to be a part of the next big wave of innovation, rapid developments, and more innovations will leave slow-moving organizations behind if they don’t get on board, too.