The idea to MVP completed in 3 months

Free TV anytime, anywhere; this is the reality of Pluto TV. Pluto TV is the leading, free streaming television service in America. Their service is available across all web, mobile, and connected TV devices, including Roku, Amazon Fire TV, Android, iPhone, Apple TV, Samsung, and many more.

An early immigrant from Russia, Ilya founded his first company Ciplex when he was 17 years old. Ciplex, later rebranded as Coplex, a venture builder, has been behind the build and marketing of thousands of websites and applications. Utilizing his experience in scaling businesses for clients, Ilya launched Open Me, a consumer-focused greeting card and gifting company, and Pluto TV a digital video entertainment platform. Open Me was founded inside of Coplex in 2012, building the tech, branding, and naming. In 2014 it sold to Rowl Media for $6M.

Ilya was named one of Inc.’s 30 Under 30 entrepreneurs, Pozin also has columns appearing on Forbes and LinkedIn.

In 2013, Ilya called his partner, (and now Coplex CEO) Zach Ferres with the idea of bringing TV to the internet, completely free. He theorized that people don’t like to search and find content all the time, and actually prefer a lean-back channel experience similar to traditional TV. With the high cost of most cable services, there wasn’t an option to give people the experience they craved at no cost to them.

Ilya originally set out to create a free platform that curated YouTube and Vimeo content in a channel lineup, with the vision of incorporating ads between clips; similar to cable with commercials in between programs.

Bringing the Idea to Life

With Ilya at the helm and invested in the Coplex process, our teams gathered to bring Pluto TV to life.

With a well-defined problem and idea for its solution, Coplex assisted with the design, branding, and development of Pluto. In roughly three months, Pluto TV was in the market with customers and completed it's $4M Seed round within the first year. Shortly after the MVP successfully launched, Pluto graduated from Coplex and grew its team to continue taking their venture to the next level.

Coplex supported the idea for Pluto TV from day one. Their lean process not only brought my venture to life, but they took all of the necessary steps to make sure it could succeed. The practices and methodologies rooted in Coplex are still part of the Pluto foundation today. 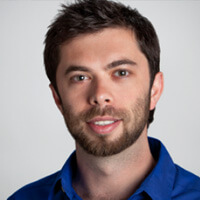