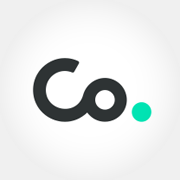 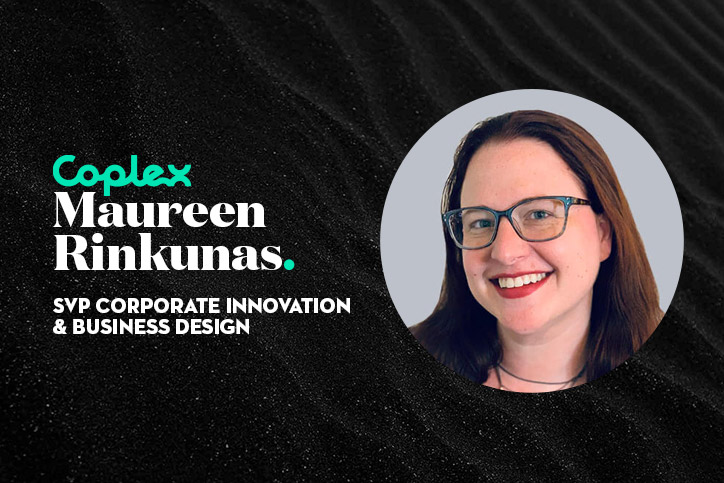 Maureen Rinkunas has spent her entire career at the intersections of innovation, large corporations, and the startup ecosystem. Whether it was helping a late-stage startup prepare for IPO or driving open innovation and startup collaboration at Dupont — Moe has made a living helping people make their vision a reality. Now she’s bringing her experience executing on big ideas to Coplex as the VP of Corporate Innovation and Business Design.

I caught up with Moe to talk about her experiences working to blend the startup ecosystem and corporate innovation space, and what excites her about joining the Coplex Startup Studio team.

Coplex: Tell me a little about how you became the person that helped companies big and small execute on their big ideas?

Maureen (Moe) Rinkunas: I got a master’s in chemical engineering but when I graduated I realized I didn’t want to be in a lab. I became an engineer to solve problems, so I went into management consulting. The fun thing about consulting is that you’re always on the search for your next project. I always found myself consulting around interesting new product launches or looking at acquisitions in the pharmaceutical space. One of my favorite projects was helping a late stage startup prepare for an IPO roadshow.

On all of these projects I got to work with people with really amazing vision. So I think I've always kind of found these opportunities to support people who have really big ideas, and jump into the role of, like, translator. I’m the person who says, OK, let's take that super big idea and break it down into the steps that we need to make it happen.

Moe: What I love about working with entrepreneurs and startups is working with people who see the world differently. That’s exciting and fun to me. I’ve had a few side hustles at different points in my career. But I know how hard it is to start a startup, and good at asking myself if “would I build a startup around this?” The answer was usually “no.” So I’m pretty content to have found this wonderful niche for myself, to work with the person who has the big idea — rather than becoming an entrepreneur myself.

I see it as my job to figure out: How can we make this real? Let's put teams behind it, let's put processes behind it and let's drive forward.

Moe: I worked with Children’s Hospital of Philadelphia, where I was collaborating with physicians and researchers working on some amazing things to help improve the lives of children. They had lots of big ideas, but how do you take that idea and how do you move it forward? Taking those first steps is hard. So I was the person to kind of help them understand that journey. Later I spent time at a startup accelerator and venture fund and I was working with hundreds of startups in that role. It seemed like a natural progression to start to focus on bringing corporations into that startup story.

There's sort of always this perception that startups are over here, they're out there, they're doing their thing, they're crazy and wild. Then there's the super buttoned up corporates who move so slowly and never shall they meet. And I think that there's such a great opportunity for collaboration.

I see it as my job to figure out: How can we make this real? Let's put teams and processes behind it, and let's drive it forward.

Coplex: So what can large corporations learn from startups and vice versa?

Moe: Most startups have built that model that works in the really early stage, but making that jump into something that's scalable is super hard. Large corporations live in that world. They have the market channels. They know how to scale up manufacturing. What I like to do is bring them together so they can learn from each other, and build really amazing things together. I look for ways corporations can apply the startup methodology to move their own ideas forward, or collaborate with startups to build something better than either could do on their own.

That’s what I was doing at Dupont. I spent time working with internal teams, helping them think and act more like startups: Exploring new business models and new ideas. I worked to help them what they should be doing in terms of external collaboration and open innovation. How do you find startups to work with? How do you get them? How can startups help accelerate their product portfolio, their development timelines, and then and what's the best way to work together?

I think there's so many different models and we explored a lot of them around joint ventures around doing equity investment. But it was really always driven by how do we build something? How do we take an idea and actually build it into a product, into a service, something that we can get out there into the world.

Coplex: What about your role at Coplex really excites you?

I’m excited about Coplex and the startup studio model because I think it makes it so much easier for large corporations to do that exploration. There's a lot of wonderful pent up energy that hasn't been harnessed in corporations because there hasn't been the right set of tools for them to do this. It's just exceptionally hard to go from a traditional corporate structure to suddenly having a team that's going to operate like a startup.

When you can bring in experienced startup talent and have them work side by side with the enterprise, I think that you're going to see things that shift the paradigm. Startups have disproved the old thinking that to create something really transformative, you're looking at really long timelines, lots of development, and a 5-10 year timeline to bring something to market. I’m excited to see this shift from thinking transformative things can only come from startups, to seeing those things start to come from corporations.

It’s no longer enough to just invest in startups, it’s time to build. Are you ready?